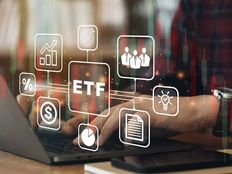 Are Innovative Growth ETFs Turning for the Better?

ARK Invest’s flagship exchange traded fund has gained momentum, outperforming the broader U.S. markets since bottoming out in mid-May, as traders saw an opportunity to buy the high-growth strategy on the cheap.

The ARK Innovation Fund (ARKK B+) advanced 17% since its bottom on May 11, whereas the S&P 500 has gained 4.4% over the same period, the Wall Street Journal reported.

Despite the recent outperformance in ARKK, the ETF remains down about 54% for 2022 after suffering a severe blow from the broad sell-off in growth stocks following the Federal Reserve’s aggressive interest rate hike outlook to stabilize decades-high inflation levels.

Nevertheless, there remain some concerns about a potential economic recession if the Federal Reserve becomes too zealous in its bid to contain inflation and tightens its monetary policy so much that it cripples growth.

“A bear market, that’s what makes it vicious: There’s extended periods where you can get significant rallies and it coaxes people back into the market thinking that the floor is in,” Dan Irvine, principal at 3Summit Investment Management, told the WSJ.

While some are concerned about growth, ARKK remains a popular play for investors trying to jump on to a long-term investment opportunity. Looking past short-term concerns, many argue that the trends in innovation will not end any time soon. Consequently, ARKK has attracted over $1.3 billion this year alone, including $500 million over the past month, according to FactSet data.

“Cathie Wood is investing for the future, not for today and not for this month,” Lu said, adding that investors should be prepared for a bumpy ride.