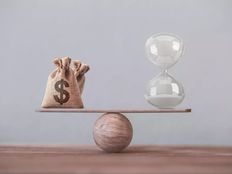 While the ARK Innovation ETF (ARKK B+) has become one of the best-known growth ETFs, ARK Invest’s CEO and CIO Cathie Wood has recently argued that the fund is in fact a value fund. “We do believe innovation is in the bargain basement territory,” Wood said on CNBC’s Halftime Report. “Our technology stocks are way undervalued relative to their potential. … Give us five years, we’re running a deep value portfolio.”

But despite Wood pitching ARKK as a value fund (and some equity analysts agreeing that many of Wood’s holdings are undervalued), Morningstar’s Katherine Lynch writes that, as far as Morningstar is concerned, ARK’s flagship ETF is “still very much a growth fund.”

According to Lynch, the Morningstar Style Box plots the weighted average of a fund’s holdings based on each stock’s “style score.” The style score is based on such metrics as growth rates for earnings, sales, book value, and cash flow. It also factors in dividend yields and relative valuations.

Growth stocks have higher readings on earnings and sales ratios and low dividend yields. Companies that wind up at the lower end of the spectrum on these metrics land in the value category, and those in the middle land on core. That data is then aggregated up to the portfolio level and determines where the fund lands in the Style Box.

ARKK’s portfolio ranks as one of the most growth-oriented among U.S. equity funds, ranking 22nd out of 2,642.

Lynch quotes Morningstar’s director of manager research Russel Kinnel as saying: “At the fund level, it would take a large shift for ARKK to enter value territory.”

And while ARKK’s portfolio position has recently shifted to be the most value-oriented it’s been in three years, the strong growth components of most of its holdings still place it on the right of the Style Box, making the ETF one of the most growth-oriented offerings in the fund universe.

Currently, almost all ARKK’s holdings are trading below Morningstar’s fair value estimate. But the fact that prices on ARKK’s holdings have dropped considerably hasn’t been enough to push these companies into value territory. In fact, only one holding, Crispr Therapeutics (CRSP), has a price that has fallen so far that Morningstar now classifies it as a value stock.

Morningstar strategist Robby Greengold notes that while ARKK’s holdings have seen their price multiples drastically contract over the past year, they remain higher than most domestic stocks and therefore stay in the Style Box’s high growth column.