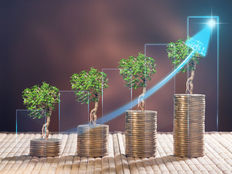 The ARK Innovation ETF (ARKK B+) continues to show its resilience. Investors continue to flock to the flagship fund of Cathie Wood’s ARK Investment Management, despite it being down 45% so far this year. Now, it appears as though even the fund’s most bearish investors are expecting its fortunes to reverse.

While ARKK approaches a two-year low, short-sellers have allowed their short exposure to decrease. According to technology and data analytics firm S3 Partners, this suggests that some are anticipating a possible reversal of the fund. As ARKK’s value has declined, S3 notes that short interest in the fund has dropped in market value by $205 million over the last 30 days.

“If their conviction was still as strong as earlier, they would have kept their short exposure flat or increased it,” Ihor Dusaniwsky, head of predictive analytics at S3, told Bloomberg. “By letting it decrease, they are allowing the market to lessen the total value of their short bets.”

Short activity across ARK’s suite of ETFs also signals declining conviction by bearish investors. While short interest in the funds rose by $2.8 billion in 2021, it’s seen a net decrease of $692 million this year, per S3.

“Expensive valuations have been fueled by more than a decade of extraordinary monetary policy accommodation. During that time when volatility would uptick, the Fed would respond to support markets,” said O’Rourke. “Given the current inflation environment, the Fed, nor the market, have that luxury.”

In an interview with CNBC senior markets correspondent Bob Pisani at Exchange, Wood said that despite ARKK being down 45% year-over-year, her conviction in the strategy has only increased.

“Our expectation has tripled over the last year for where AI-related market cap will be in 2030,” she said before adding: “our estimates actually have gone up, and the prices have gone down. At the same time, in the private markets, we’re seeing innovation treated very differently.”

ARKK is an actively managed ETF that invests at least 65% of its assets in companies relevant to the investment theme of disruptive innovation. ARK defines “disruptive innovation” as the act of introducing a technologically enabled new product or service that potentially changes how the world works. This includes companies that rely on or benefit from the development of technological improvements and advancements in scientific research relating to the areas of DNA technologies and the “genomic revolution”; automation, robotics, and energy storage; artificial intelligence and the “next generation internet”; and fintech innovation.