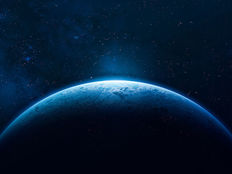 Successful 2021 space flights by SpaceX and Blue Origin, among others, helped usher space investing into the mainstream.

So did the launch of the ARK Space Exploration and Innovation ETF (ARKX ). ARKX debuted last March, significantly expanding the universe of space-related exchange traded funds. Some experts believe that 2021 was the year space investing gained more credibility, and that could benefit the industry as 2022 unfolds.

“Public interest remains high with mega-rocket launches,” Boggett said in an interview with Business Insider. “2021 was another record year with $12.4 billion of private capital invested in the space ecosystem, a huge increase of more than 60% from last year. We expect this momentum to continue as space is at an inflection point. Significant new capabilities in satellite communications and Earth Observation are coming online that could disrupt traditional industries and create new ones.”

The actively managed ARKX gathered nearly $470 million in assets under management in about 10 months on the market, making it one of the more successful thematic ETFs that debuted last year. The fund is a relevant consideration for space investors because it goes well beyond space tourism.

While space tourism is what turns attention to space investing, the fact of the matter is that the investment thesis is about much more than that. ARKX components include orbital and suborbital space companies, providers of enabling technologies, and aerospace beneficiaries.

Some companies in the enabling technologies group could be players in the fight against climate change, which is taking to space. Additionally, ARKX is levered to the satellite communications trade.

“Global satcom capacity is expected to increase by more than five-fold to over 20 Tbps this year, according to Euroconsult, as long-planned High Throughput Satellite (HTS) from major satellite operators ViaSat, Eutelsat and Hughes, SES come on-line. At the same time, new mega-constellations such as Starlink and OneWeb are gearing up for commercial services," Boggett told Business Insider.