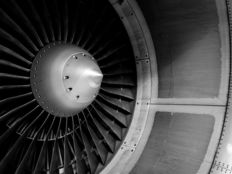 The Case for Aerospace Stocks Both New and Old

Space is the final frontier, but investing there doesn’t need to be excessively risky. With active management, the ARK Space Exploration ETF (ARKX) can take some of the risk and volatility out of the space investing equation while potentially properly positioning investor to capitalize on emerging space trends.

Indeed, recent news flow regarding space exploration is encouraging for the long-term ARKX thesis. NASA’s Ingenuity helicopter recently navigated Mars with success. Elon Musk’s SpaceX landed an almost $3 billion contract with NASA. With a 3.08% gain over the past month, ARKX, the newest exchange traded fund from ARK, is proving positively correlated to positive news in the space industry.

“Bank of America projects the revenue generated by the global space industry to hit $1.4 trillion by 2030, from $414 billion in 2018,” writes Morningstar analyst Vikram Barhat. “As more countries rush to develop their space economies, the following companies stand to significantly profit due to their entrenched positions, technological expertise, and research and development capabilities.”

As an actively managed fund, ARKX doesn’t have abide by the restrictions of an index. While that may lead to a lineup with some holdings investors don’t readily associate with the space industry, it does provide robust exposure to large- and mega-cap disruptive growth fare.

For example, space operations are still relatively small parts of daily business at Amazon (NASDAQ: AMZN) and Alphabet (NASDAQ: GOOG), but those stocks combine for almost 6% of ARKX’s roster, according to ARK data.

Nvidia (NASDAQ: NVDA) may lack space purity, at least for now, but it is in a great position at a time given that the PHLX Semiconductor Sector Index is higher by 15.25% year-to-date.

Since its 1964 entry into the space industry, Boeing “has maintained its position as a dominant player in space-related activities. Boeing is also the prime contractor for the Space Launch System core stage flight hardware, to be used for NASA’s upcoming Artemis lunar mission,” notes Morningstar’s Barhat.

Lockheed Martin is also a major player in the space satellite industry. Lockheed and Boeing are top 10 holdings in ARKX, combining for almost 8% of the fund’s roster.