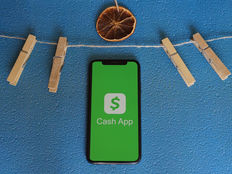 While Cash App is often viewed as an avenue for folks to efficiently send each other money without the fees and wait times encountered in a bank branch, there’s much more to the story and with that “more” comes positive implications not only for Block, but exchange traded funds such as the ARK Fintech Innovation ETF (ARKF).

In recent years, Cash App rapidly evolved to become not only become a bank to the unbanked and those tired of poor customer service at old guard brick-and-mortar banks, but the platform also added services such as buying fractional shares of stocks and buying and selling bitcoin. Today, it’s building on those services and that could be meaningful for ARKF investors.

“Cash App, the personal finance app founded in 2013 and owned by payments giant Block, is launching a new service that aims to simplify the process of sending stock and bitcoin from one customer to another,” reports Business Insider. “The tool, which launched Tuesday, will allow Cash App customers in the US to send gifts of bitcoin and stocks to other Cash App customers with no fees.”

Cash App’s expansion of services and its ability to monetize those additions is relevant to ARKF investors because the ARK fund allocates 9.48% of its weight to shares of Block, making the actively managed fund one of the largest ETF owners of the stock.

The aim of the new services is to further blur the line between asset and currency.

“We’ve been thinking for a while about the idea of blurring the line between a currency and an asset, being able to send different assets and being able to move money in a thoughtful way that also has some flair and personality," Ryan Budd, head of financial services at Cash App, told Insider.

Cash App, one of the primary drivers of revenue growth at Block, already provides banking and investing services to customers that previously didn’t have exposure to traditional services and those looking for ease of use. Making stocks and bitcoin more transferable is a logical next step for the digital wallet.

The moves could also broaden the audience of crypto users and investors, which is relevant to ARKF by way of the fund’s crypto-correlations enhanced by Block and Coinbase (COIN), among others