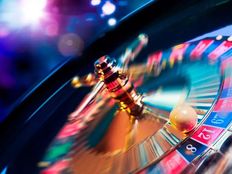 Cathie Wood: Do Not Be Against Disruptive Innovation

During the past year, critics have compared the rise and decline of the ARK Innovation ETF (ARKK B+) to the Nasdaq during the tech and telecom bubble/bust in the late ‘90s/early 2000s. After all, the fund’s decline has been more severe during the last 15 months than for the Nasdaq 15 months after its peak on March 10, 2000.

However, a blog post bylined by ARK Investment Management’s founding CEO and CIO Cathie Wood argued that the Nasdaq circa 2000 and ARKK today bear little resemblance to one another when comparing the revenue, profitability, and long-term valuation of their underlying companies. Betting against disruptive innovation now will prove to be as ill-advised as the purchases of tech and telecom stocks in the late 1990s, the post claimed.

Wood also argued that if ARK’s research on the genomic revolution, adaptive robotics, energy storage, artificial intelligence, and blockchain technology is even half right, the exponential growth in these sectors will push the companies associated with those platforms forward at extraordinary speed over the next five years.

As Wood sees it, analysts and investors have incorporated little fundamental company and technology research into their analyses. Ultimately, they are focused more “on the backward-looking benchmarks” that tech stocks are measured against and current quarter results than on the long-term growth prospects of companies sacrificing short-term profitability to “capitalize on some of the most profound innovation platforms in history.”

Fixated on the “tough comps” that many digital and genomics companies faced after the coronavirus first hit, analysts and investors are assuming that a reversion to the mean will kill growth rates for the next few years. In contrast to their bullish attitude towards tech and telecom stocks in the late ’90s, investors currently seem skittish and afraid. (Case in point: the latest BofA Fund Manager Survey shows that cash levels are the highest they’ve been since 2001.)

As opposed to the ‘90s, the technologies involved in ARKK’s innovation platforms are ready for prime time, with costs low enough to allow scaling for mass market expansion.

“ARK believes that the best set-up for above average returns over the long term is to invest contrary to consensus thinking, and to be right,” the blog stated. “ARKK’s spurious correlation to the Nasdaq during the tech and telecom bust, and the unusually strong correlation among technologies that are developing independently, have increased our confidence that the markets today are behaving irrationally and illogically. Given the collapse in ARKK’s price and the fear in markets as measured by cash levels, we have very high conviction in our bets against consensus thinking, stemming from our first-principles research.”

ARKK’s value has dropped 73% from its peak in February 2021. Despite this, Wood’s conviction in the strategy has only increased.

“Our expectation has tripled over the last year for where AI-related market cap will be in 2030,” Wood said in an interview at Exchange: An ETF Experience Bob Pisani, senior markets correspondent for CNBC, before adding: “Our estimates actually have gone up, and the prices have gone down. At the same time, in the private markets, we’re seeing innovation treated very differently.”