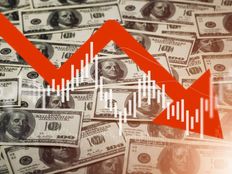 Cathie Wood Says U.S. Is in a Recession Already

ARK Invest CEO Cathie Wood said on Tuesday that the U.S. is already in an economic downturn, acknowledging that the severity and lasting power of inflation has exceeded her previous estimates.

“We think we are in a recession,” Wood said on CNBC’s Squawk Box Tuesday. “We think a big problem out there is inventories… the increase of which I’ve never seen this large in my career. I’ve been around for 45 years.”

Wood said that inflation has turned out to be hotter and more sustained than she had expected due to supply chain disruptions and geopolitical risks.

The headline Consumer Price Index (CPI) climbed by 8.6% in May from a year ago, the fastest rate in 40 years. The increase was broad-based, with the indexes for shelter, gasoline, and food being the largest contributors.

Wood said that consumers are feeling the rapid price increases, reflected in sentiment data that’s fallen to record lows, CNBC reported. Wood pointed to the University of Michigan’s Surveys of Consumers, which showed a reading of 50 in June, the lowest level ever.

ARK Invest’s flagship fund ARK Innovation ETF (ARKK B+) invests in companies relevant to the investment theme of disruptive innovation. Many of ARKK’s holdings have seen steep declines since the beginning of the year as the growthiest segments of the market have fallen in favor of value stocks.

Investors in ARKK, however, have strong conviction in Wood’s strategy. Despite the fund being down over 52% since the beginning of the year, the fund has continued to haul in new assets as investors look to buy in ahead of expectations that the fund will rally. ARKK saw $658 million in net inflows in May, bringing the year-to-date net inflows to $1.5 billion.

“I think the inflows are happening because our clients have been diversifying away from broad-based benchmarks like the Nasdaq 100,” Wood said on CNBC. “We are dedicated completely to disruptive innovation. Innovation solves problems.”