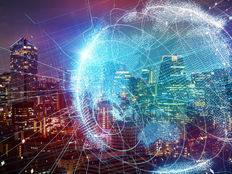 It’s also ripe with opportunity for investors due to a vibrant research and development setting, a rising biotechnology segment, and an aging population, among other factors. However, China needs to catch up to markets such as the U.S. when it comes to digitization of healthcare. It’s moving in that direction, expanding opportunities for investors in the process.

“We believe technology is beginning to address China’s overburdened healthcare system with AI-assisted clinical support systems and self-service clinics, among other solutions. As a motivated government accelerates the pace of policy reform, companies like PingAn Health, Alibaba Health, and JD Health appear to be in the right positions to eliminate much of the friction associated with traditional healthcare,” writes ARK Invest analyst Yulong Cui in a recent report.

As has been the case in the U.S., China’s healthcare system is rife with inefficiencies, which weigh on physicians’ ability to provide the best care. Increasing digitization can help with that scenario, potentially easing healthcare professionals’ burdens while improving patient outcomes.

“We believe the lack of triage in China today has led to the misallocation of resources.  Top Tier III hospitals account for less than 10% of ~30,000 hospitals in China but account for more than 50% of total hospital visits,” adds Cui. “Patients could wait for hours, if not days, to receive care from the country’s most seasoned and reputable physicians.”

Another similarity with the U.S., and one investors are already familiar with, is that China is ripe for expansion of telemedicine, particularly given the country’s large rural population. While telemedicine is often viewed as a result of the coronavirus pandemic, the fact is that the industry was booming prior to the crisis. Analysts expect that will remain the case after the virus is ultimately defeated. Data support the notion that adoption of telemedicine increased in China as a result of the pandemic, but it’s likely to be a sticky theme there.

“Properly executed, not only could online consultations provide patients with much better experiences but they also could lower the physical load on doctors and facilitate the coordination of better care,” says ARK’s Cui.

China’s efforts to modernize healthcare are relevant to investors for other reasons, including the intersection of other disruptive technologies, such as artificial intelligence, and the possible role for e-commerce providers on the logistical side of the equation.