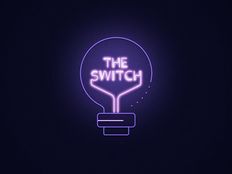 104: The Closed-Off Research & Investment Mentality | ‘The Switch’ with ARK Invest

Nadig opens the episode by discussing the typical way that research operations are built. Traditionally, companies highly intelligent people to run research. ARK Invest takes this a step further and encourages these people to share their ideas.

“They share it with the public, and they share it within their communities, their research areas, and that allows them to receive very valuable feedback,” Leggi explains.

This is an approach that is particularly suited to an alignment with technology and how rapidly it advances. By having research out for global consumption, the analysts are able to receive the feedback necessary for continuing and improving their work. Leggi uses the example of ARK’s work with autonomous vehicles over the past seven years. It has only improved over time because the firm continues to share its research.

ARK’s Approach to Research Leans on Outside Input

Speaking to the practice of encouraging input, Leggi explains that it’s something ARK still practices, although it now happens on Zoom. “We have about 40-50 people, what we call theme developers, that join the conversation,” he said. They have the opportunity to “present on breakthroughs in their research for that week.”

Discussions are led by CEO Cathie Wood and Brett Winton, Director of Research, and each week’s research is discussed by the analysts and theme developers. The theme developers are often experts on specific aspects of a broader theme: Leggi gives the example of a genomics venture capital investor or a battery technology professor. Analysts then use this information in their modeling, constantly revising and updating based on the influx of new information from the weekly meetings.

The theme developers are not ARK employees. Nadig asked about the concern of some of them potentially pushing their own agendas. “When you get some of this feedback, it’s pretty easy to cut through the noise. We’re going very granular in some of these areas,” Leggi explained.

This level of feedback and interaction was what prompted ARK to divest itself of shares in Illumina, a company working in short read sequencing, in favor of companies working with long read sequencing instead. Long-term, the ARK saw the markets shifting and valuations shrinking.

“We’re modeling a lot of the companies not on earnings but on top-line growth. If we don’t see that top-line growth increasing exponentially, and those companies keeping up with that growth, that could sway us away,” Leggi said.

“These analysts have a great opportunity, and that’s what’s attracted them to ARK. To be able to actually put your name on the research, and not your boss’s name. Every analyst owns that research and I think that is very rewarding for the research team,” Leggi said.

For more episodes, check out The Switch Video Series playlist.