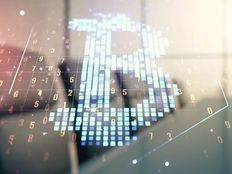 Wood, Musk, and Dorsey Break Down The State Of Bitcoin

“The B Word” crypto conference, sponsored in part by ARK, took a hard look at the state of crypto and Bitcoin.

Most notable was the session hosted by Steve Lee, Square’s crypto lead. The panel featured ARK’s founder, CEO, and CIO Cathie Wood, “Technoking” of Tesla and chief engineer of SpaceX Elon Musk, and Jack Dorsey, CEO of Twitter and Square.

The three discussed Bitcoin, its appeal and use, the environmental impacts of Bitcoin, and the ethos of Bitcoin.

Bitcoin: A Chance to Replace “The Whole Foundation” of Finance

Dorsey sees Bitcoin as “a chance to replace the whole foundation” of the financial industry. One of its greatest appeals is how it can solve the globalization of finance, and the lack of crossover between and within countries. Bitcoin presents a solution that doesn’t require trust in a financial system but which can be independently verified with algorithms by anyone. The cryptocurrency can also provide a trustworthy way to conduct financial interactions.

“What I want to see in my lifetime, is a currency that is standard and sound for the internet, that everyone can use,” he said.

When discussing the finite supply of Bitcoin and its implications, Cathie Wood, whose background is in macroeconomics, explained that Bitcoin’s finite supply gives the cryptocurrency a store of value.

“The store of value is a very big role and means of exchange… apps built on top of the bitcoin blockchain, we think, is going to become more of a reality,” she said. “Right now, high value transactions take place over bitcoin, and that is a very useful role.”

One of Bitcoin’s biggest appeals is as “a hedge against confiscation of wealth,” she explained. That can take the form of hyperinflation in emerging markets, as well as the deflationary environment that, in ARK’s view, is currently afoot in the U.S.

Musk offered something of a counterpoint. “Bitcoin by itself simply cannot scale to be the monetary system for the world at base layer,” he said. “But with a second layer, this is possible depending upon how that second layer is implemented.”

How to Make Bitcoin Greener

The three went on to discuss potential solutions for making the Bitcoin industry more compatible with renewable energy targets.

Wood referenced a paper that ARK and Square co-wrote, regarding using wind and solar power surpluses to help run mining rigs, but Musk countered and said that such a setup wouldn’t be profitable enough, as the nature of mining is 24/7 and requires a constant energy supply.

He proposed that a combination of solar, wind, and stationary storage would be possible.

Long-term, Wood sees Bitcoin as one of the most environmentally-friendly options available in the crypto space. “I really do believe that bitcoin will be much more environmentally friendly, certainly than traditional gold mining or the traditional financial services sector. In many ways it already is,” she said.

Moving on to discuss the social and governance aspects to Bitcoin, Wood pointed to the importance of ESG in the institutional world. From ARK’s perspective, “social” means more than the standard diversity and equity considerations most companies focus on. The ability of Bitcoin to allow payment “everywhere around the world without friction” empowers the individual, she said.

In regards to governance, the transparency of the Bitcoin ecosystem is a vast improvement over what she describes as the “opaqueness of financial systems, and the toll takers of the traditional financial world.”

“They do believe they’re on a noble mission,” Wood said, speaking on the Bitcoin developers that she had met.

Bitcoin in Investing and Looking Ahead

When asked for advice to give companies considering putting Bitcoin on their balance sheets, Wood said that it’s important to remember Bitcoin is considered an intangible asset. “If the asset goes up in price, it can’t be marked up on their books. But if it goes down, it must be marked down,” she said, adding that she believes the asymmetry needs to be corrected.

Bitcoin “also will serve as a hedge against inflation,” she said, describing emerging markets currently grappling with runaway inflation and how it takes purchasing power away from the individual. In those cases, Bitcoin becomes an appealing option that many would turn to, in order to maintain some semblance of purchasing power.

The three were asked what their hopes for Bitcoin going forward were. Here is what they had to say:

“My hope for crypto in general is that it can improve the efficiency of the information system that we call money,” said Musk.

“Money has powerful network effect qualities, and we talked about ESG earlier. I think that aspiration, having this money be the best from an ESG point of view,” Wood said. She sees one of the most exciting aspects of Bitcoin being the idea of a “network effect and the convergence of blockchain technology and artificial intelligence from a technology point of view.”

“My hope is that it creates world peace or helps create world peace,” Dorsey said.