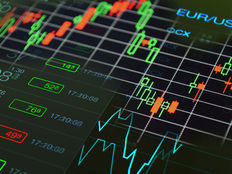 Supply chain issues have forced producers of electric vehicles to rethink their manufacturing targets. EVs have certainly punched above their weight in their demand semiconductors, copper, and lithium despite only a 6% share of global vehicle sales in 2021. Compared to vehicles powered by internal combustion engines, EVs require to three times as many semiconductors and roughly four times as much copper. They also account for about 74% global lithium consumption.

This begs the question: How will companies navigating the potential EV boom deal with raw material supply chains? Sam Korus, an analyst at ARK Investment Management, recently wrote: “Because the proliferation of EVs is taxing the demand for raw materials, auto companies are evolving creative supply chain strategies, with varying degrees of success.”

As an example, while both Tesla and Ford described efforts to reduce the number of parts in their EVs during their fourth quarter earnings calls, the companies had very different supply chain expectations. Producing 936,000 EVs in 2021 with plans to grow more than 50% this year, Tesla does not expect battery constraints. Meanwhile, producing only 6% of the number of Tesla EVs last year with plans to produce 600,000 units by 2023, Ford sees battery supply as its main constraint.

In fact, Tesla chief Elon Musk said during the firm’s earnings call to analysts that the company grew its “volumes by nearly 90% last year” despite supply chain challenges.

Those looking to increase their exposure to EV adoption and Tesla (TSLA) may want to consider the ARK Innovation ETF (ARKK B+). ARKK is an actively managed ETF that invests in companies poised to profit from “disruptive innovation” like artificial intelligence, DNA technologies, energy innovation, automation, financial technology, and the increased use of cloud computing.

Although the ARKK fund is focused, typically holding 35 to 55 stocks, it offers industry-level depth. The ETF is also not a dedicated technology fund, which is a relevant point because disruptive growth isn’t confined to the sector.

ARKK has made a long-term bet on Tesla, which is the fund’s top holding at (8.4%). Other top holdings include 3D printer firms like Protolabs, and companies involved in genetic therapies like Intellia Therapeutics.