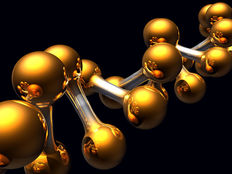 Genomics is one of the cornerstones of disruptive growth in the healthcare sector. Relevant to investors is that genomics is still in its nascent stages, indicating that there’s a potentially lengthy runway ahead for impressive long-term gains.

One of the prime avenues for tapping that potential is the ARK Genomic Revolution Multi-Sector Fund (ARKG ). The $9.74 billion ARKG is actively managed — a favorable attribute in an arena where nimbleness and the ability to look out to the future are often rewarded.

On that note, ARKG, arguably more so than rival ETFs in this category, features strong exposure to exciting concepts, including CRISPR and precision oncology — the latter of which is just getting started and hard to come by in competing ETFs.

“We have also seen some exciting developments this year involving the use of Crispr technology in gene editing, and we will see more,” said Liisa Bayko in a Barron’s healthcare roundtable. “We are awaiting data from Editas Medicine [EDIT]  on a potential one-time therapy to restore vision in patients with a genetic disease that causes blindness. We have seen proof of concept from Intellia Therapeutics [NTLA; in late June, the company and its partner, Regeneron Pharmaceuticals (REGN), proved the efficacy of gene editing in humans, with a treatment targeting a rare eye disease].”

Bayko is a managing director and research analyst at Evercore ISI covering small- and mid-cap biotechnology companies. Regeneron and Intellia are top 10 holdings in ARKG, combining for about 6.5% of the ARK ETF’s roster. Editas Medicine commands a 1% weight in the fund.

Adding to the allure of ARKG is the fact that several of its member firms are working on drugs or treatments for which there is obvious demand (such nonalcoholic fatty liver disease (NASH)) and no adequate treatments currently on the market, and some of these companies are doing so in remarkably cost-effective fashion.

“There are two types of companies working in this area. Some are developing tools, and others are using the tools to develop drugs,” adds Bayko. “The drug developers end up being more valuable. They are uncovering new targets for treatment, and rapidly enhancing lead molecules [chemical compounds with likely therapeutic use]  in just a couple of years, with an investment of $10 million or so, versus a lot more money and time in the past.”

Another important element of the genomics thesis is its intersection with other innovative technologies, such as artificial intelligence (AI). That relationship is evident in ARKG.

“Clinically, using artificial intelligence to enable efficiencies will be critical. We have seen some innovation around the use of AI to identify the best patient populations on which to test particular drugs. Whether the drugs are more effective remains to be seen,” according to Bayko.