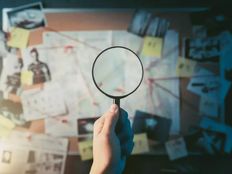 Innovative growth strategies are easy to cast aside at the moment because they’re languishing as interest rates rise.

However, bailing on exchange traded funds such as the ARK Innovation Fund (ARKK B+) today could amount to selling low and turning a temporary mistake into a permanent one. That is to say, the long-term case for disruptive growth equities remains intact, but investors should realize — and the lesson is being taught in real time in 2022 —  that innovative or not, stocks don’t move up in linear fashion.

“Innovation stocks have become a popular investment theme but are facing scrutiny,” notes Kai Wu of Sparkline Capital. “Innovation has delivered positive long-term returns distinct from growth and other traditional factors. While innovation is prone to speculative bubbles, this can be mitigated using valuation and other intangible pillars.”

Regarding value, there are two things for investors to consider over the near term. One is that, amid obvious weakness in the disruptive growth space this year, some of these names, including several ARKK components, are trading at rarely seen discounts. However, that doesn’t mean these are value stocks in the traditional sense.

Second, to the above point, investors looking for value to offset some of the volatility associated with disruptive growth fare are likely to be better served by pairing a traditional value fund with an ETF such as ARKK.

It also pays to have a keen sense for what exactly disruption consists of, and while that definition is evolving, ARK Invest has a history of being out in front of changes in this arena.

“Over the past few years, investors have developed a growing appetite for so-called ‘innovation stocks.’ This has drawn a wave of disruptive startups, such as Coinbase and Zoom, to the public markets. It has also catapulted innovative firms, such as Tesla, to dominate news cycles and trading volumes,” adds Sparkline’s Wu. “Furthermore, this demand had led fund managers to launch dozens of thematic products focused on innovation. These funds package innovative stocks with compelling narratives, such as artificial intelligence, blockchain, and metaverse.”

Tesla, Zoom, and Coinbase are three of ARKK’s top five holdings, and some analysts are saying that the latter two are currently undervalued. The trio combines for over 22% of the actively managed fund’s weight.

Investors should also remember that dedicated disruptive investing is still a fairly new phenomenon, and it’s not yet as thoroughly examined as, say, growth or value.

“The debate rages in the financial media, taking on an almost religious fervor. However, despite the commotion, not a single rigorous empirical study exists on the long-term performance of innovation investing,” concludes Wu.