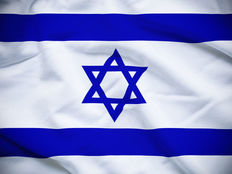 Outside of the U.S. and select Asian countries, Israel is one of the most technology-centric nations in the world. Among exchange traded funds, the ARK Israel Innovative Technology ETF (IZRL B+) is particularly levered to that theme.

For investors considering IZRL, the ETF’s tech-heavy posture is relevant today because not only could that trait provide some buffer against rising interest rates, but it also positions the fund to potentially capitalize on what could be a vibrant year of tech mergers and acquisitions activity in Israel.

Many of IZRL’s tech components are cash-rich and are looking to deploy that capital in an effort to boost growth. Consolidation could be an effective avenue for doing just that.

“Companies that listed before this year’s tech stock slump are sitting on cash piles that could let them pick up bargains during a global tech sector sell-off caused by concerns about the value of future earnings. Investor unease may also encourage smaller companies to accept takeover offers rather than risk potentially rocky share listings,” according to S&P Global Market Intelligence.

Combine strong cash stockpiles with attractive valuations on potential targets, and it wouldn’t be surprising to see some of IZRL’s tech components go shopping this year.

“The chance to grab a bargain will help M&A volume hold near the $10 billion average of recent years, excluding mega deals, said Ben David, formerly an investment banker at The Goldman Sachs Group Inc. Israeli companies have money to spend, having raised at least $6.69 billion through IPOs in 2021 and several billion more in the preceding few years,” adds S&P Global.

The $216 million IZRL, which tracks the ARK Israeli Innovation Index, focuses on Israeli disruptors that span multiple technology concepts, including healthcare innovation, cybersecurity, electronic technology, and tech services, among others.

Adding to the allure of IZRL as a play on mergers and acquisitions activity in Israel are at least two factors. First and foremost, the country has a history of tech-driven consolidation. Second, Israeli companies engaged in 64 initial public offerings last year, and some of those firms could now be credible targets.

“Israeli tech companies were involved in at least 109 mergers and acquisitions last year, up from 84 in 2020 and 75 in 2019,” concludes S&P Global. “Israel has a vibrant tech sector, aided by strong state backing for research and military spending on developing sophisticated technology. The country trails only Singapore in terms of startup funding per capita, Crunchbase data shows.”