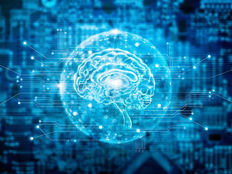 Through AlphaCode, DeepMind’s researchers pre-trained a transformer-based language model on open-source code and fine-tuned it with samples from a competitive programming dataset to achieve success in coding competitions.

“AlphaCode placed at about the level of the median competitor, marking the first time an AI code generation system has reached a competitive level of performance in programming competitions,” the DeepMind team behind the program says in a blog post.

According to research ARK Investment Management, AI tools could double the productivity of software engineers, increasing the output of global knowledge workers by $56 trillion and creating roughly $80 trillion in enterprise value by 2030.

William Summerlin, internet analyst at ARK Investment Management, recently wrote that while “the DeepMind model did not match top-level human performance,” it “did achieve impressive results, bolstering our confidence that AI models will outperform human programmers before 2030.”

As of Thursday, DeepMind parent Alphabet is among the holdings of the ARK Autonomous Technology & Robotics ETF (ARKQ B), an actively managed fund that invests in autonomous technology and robotics companies relevant to the theme of disruptive innovation. Companies within ARKQ are focused on and expected to substantially benefit from the development of new products or services, technological improvements, and advancements in scientific research related to energy, automation & manufacturing, materials, artificial intelligence, and transportation.