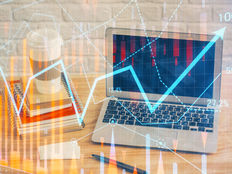 Last week, the U.S. Department of Justice (DOJ) seized over 94,000 bitcoin — its largest such seizure ever — that were stolen during the Bitfinex crypto exchange cyberattack in 2016.

Ilya Lichtenstein and Heather Morgan were arrested on charges that they helped the hackers launder the ill-gotten proceeds. While the Bitfinex hack is the stuff of Hollywood productions, it turns out that the aftermath has real world implications for on-chain analysis and the Bitcoin blockchain.

Lichenstein and Morgan used Alphabay, a dark web black market akin to the notorious Silk Road, to launder some of the bitcoin from the Bitfinex hack, but when U.S. law enforcement shut down Alphabay, the duo shifted to Hydra — a Russian internet black market — to continue their nefarious laundering activities.

“Given its access to Alphabay user accounts, the DOJ linked the Bitcoin addresses to the perpetrators’ day-to-day financial accounts and activities, including small shell and bank accounts and purchases of gold, NFTs, and PlayStation gift cards,” according to ARK Investment Management.

The scenario underscores the viability of on-chain analysis because, as ARK notes, on-chain analysts knew the DOJ seizure was coming a week in advance of that event, though they didn’t know what entity was behind the move.

“Importantly, on-chain specialists discerned an entity likely associated with a government agency had moved the unlaundered bitcoins, as the entity in question did not attempt to mask the transaction in any way and consolidated the stolen bitcoin into a single address,” adds the New York-based exchange traded funds issuer.

Bitcoin transactions are easily tracked in real time, owing to the vibrancy and transparency of bitcoin’s blockchain. That’s a benefit to law enforcement agencies and regulators, but over the long term, that transparency can foster increased adoption of bitcoin and its blockchain. Additionally, it has the potential to diminish counter-party risk.

“In other words, public blockchains do not allow the information asymmetry that has powered traditional financial markets, suggesting that a global financial system built on blockchain technology could prevent the counterparty risk that has been at the epicenter of financial crises like that in 2008-2009,” concludes ARK.