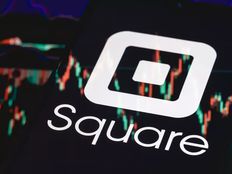 Square –– Block’s seller business –– recently announced that it will integrate with Apple’s new Tap-to-Pay feature, allowing merchants to accept contactless payments using its point-of-sale iPhone app and providing “new commerce experiences” such as serving customers on the spot and accepting contactless payments on the go, ARK Invest wrote in a recent insight.

Companies such as Square and Toast sell POS hardware to merchants. Tap-to-Pay could reduce the need for portable POS devices, lowering Square’s losses on hardware sales, according to ARK Invest.

“Importantly, through its POS app, third-party POS devices such as the iPhone would be integrated with Square’s suite of software and financial solutions upon which many Square merchants rely in running their day-to-day businesses,” ARK Invest wrote.

The ARK Fintech Innovation ETF (ARKF B-) offers meaningful exposure to Block (SQ); the security is weighted at 10.76%, according to VettaFi.

ARKF is an actively-managed fund that tries to pick the companies best positioned to profit from advancements in energy, automation, manufacturing, materials, and transportation.

This fund aims to pick the winners in financial technology such as blockchain, transaction innovation, and customer platforms. According to VettaFi, The fund owns about 40 stocks.

ARKF launched in late 2019 and has attracted $944 million in assets under management. ARKF’s management fee of 75 basis points might seem expensive in the ultra-low-cost world of passive ETFs, but it’s cheap for active management. ARK’s products are geared toward investors who have the fortitude and faith to ride out short-term blips in the hopes of earning long-term alpha.