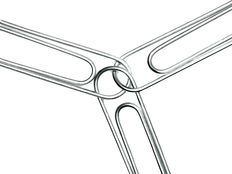 The ARK Fintech Innovation ETF (ARKF B-) is the exchange traded fund with the largest exposure to Square (NYSE: SQ).

That trait has long been a pivotal catalyst for the ARK fund and it’s one worth revisiting following Square’s recent purchase of a $297 million majority stake in Tidal, a music streaming service.

“Square may not be a music-streaming app just yet. But it’s inching into the music industry with plans to buy streaming service Tidal. And that is good enough for some analysts to get more bullish on the stock,” reports Daren Fonda for Barron’s.

ARKF member firms are companies that are powered by innovations, working to disintermediate or bypass the current financial markets and challenge traditional institutions by offering new solutions that are better, cheaper, faster, and more secure.

For Square and ARKF, there could be more than meets the eye with the Tidal deal. In fact, the music streaming service could fit well with Cash App – Square’s digital wallet.

“We like Square’s deal for Tidal,” Guggenheim’s Jeff Cantwell wrote in a note on Thursday, reiterating a Buy rating on the stock and bumping up his price target to $290 from $288. “Though it remains early days,” he added, “we believe adding Tidal can be significant for Square, given clear synergies between the two companies.”

To be sure, those are positives, but Square’s Cash App is likely to provide epic growth for the burgeoning fintech company.