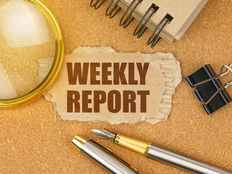 Helped by a bounce in growth stocks, the ARK Autonomous Technology & Robotics ETF (ARKQ ) gained 6.36% last week, or more than half its year-to-date gain of 12.50%.

Rebounding growth stocks are, of course, meaningful to an exchange traded fund emphasizing themes such as 3D printing, artificial intelligence (AI), and energy storage, among others. However, it’s also worth drilling down on exactly what members of the exchange traded fund’s lineup propelled it higher last week.

“Raven closed up over 49 percent on Monday after CNH announced it would acquire the company for a 33.6% premium to Raven’s four-week volume-weighted average stock price,” according to ARK. “Raven makes precision agriculture and high-altitude balloon products while CNH is the second largest agricultural equipment maker globally.”

Raven, which accounts for 1.68% of ARKQ’s weight, is up 74.18% year-to-date, but its market capitalization is just $2.19 billion, implying there’s plenty of room for upside. On a fundamental level, as the CNH accord shows, agriculture could be prime territory for the precision products manufactured by Raven.

As of June 25, 3D Systems is the ninth-largest holding in ARKQ at a weight of 3.43%. The stock’s surge last week was also helpful to another ARK exchange traded fund. The ARK 3D Printing ETF (PRNT ), the only ETF dedicated to 3D printing equities, jumped 7.57% last week due in part to its 8.42% allocation to 3D Systems.

Microsoft (NASDAQ: MSFT), which joined Apple (NASDAQ: AAPL) in the $2 trillion market value club last week, is helping the ETF’s cause, too, as that stock commands 4.5% of the fund’s roster and is a top 10 holding. PRNT is higher by almost 27% year-to-date.