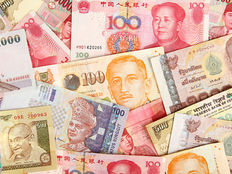 With evidence mounting that the U.S. economy is either in or flirting with a recession, global investors are right to be concerned about how contraction in the U.S. will affect Asian economies.

Likely, the affects will be adverse, but there are avenues for investors looking to remain engaged with Asian stocks while playing defense. That objective can be accomplished with dividends, highlighting the allure of the SmartETFs Asia Pacific Dividend Builder ETF (ADIV ).

Regardless of region, dividend stocks, broadly speaking, have long-standing reputations of offering investors defense traits and reduced volatility — two characteristics that are in style in the current market environment. ADIV’s advantages could be all the more meaningful if the U.S. slides into a traditional recession.

“In the past seven U.S. recessions since 1973, Asian equities fell by an average of 50%, and [earnings per share] contracted by 30%. Both shallow and deep recessions were awful for Asia,” noted Bank of America. “While China’s influence on the Asian economy/markets has raced ahead of the U.S. in the past 40 years, a U.S. recession remains very bad news for Asia/Emerging Markets (EM) equities.”

ADIV offers investors several benefits. First, it doesn’t feature exposure to Japanese stocks, which is relevant because as a developed market, Japan could be pinched by a U.S. recession. Second, the exchange traded fund isn’t dedicated to emerging markets, and some of its emerging markets exposure is allocated to higher-quality, lower-volatility markets.

For example, Taiwan, Australia, Singapore, Hong Kong, and South Korea combine for 37% of the fund’s geographic exposure. Third, ADIV is an actively managed ETF, meaning the managers can allocate away from stocks most vulnerable to a U.S. recession while embracing those with favorable defensive traits.

Bank of America “named by the bank have five-year price and earnings volatility that rank in the bottom half of the bank’s Asia-pacific coverage. They also pay a dividend yield of above 2.5%,” reported Zavier Ong for CNBC. "A host of financial stocks turned up on the bank’s screen. In addition to the above criteria, these stocks have return on assets — a profitability metric commonly used in the sector — of more than 1%.”

Among the ADIV holdings appearing on the Bank of America screen are China Merchants Securities, Hon Hai Precision Industry, and Public Bank, indicating that the ETF does indeed have defensive and quality properties.