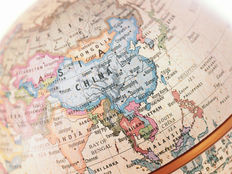 Hunting for Asia Dividends? ADIV Has the Goods

Asia is one of the top regions outside the U.S. for equity income and dividend growth, but without a helping hand, investors can get lost and miss some of the region’s best payout opportunities.

The SmartETFs Asia Pacific Dividend Builder ETF (ADIV ) is that helping hand. ADIV leverages active management to unearth rising dividend stars in Asia ex-Japan while focusing on quality and avoiding potential dividend offenders. Those are admirable traits at a time when Asian dividends are proving they have plenty to offer U.S. investors.

“Morgan Stanley has revealed its top dividend-paying stocks for investors looking to remain defensive in what could be a volatile fourth quarter. Its picks include some of Asia Pacific’s biggest names in real estate, financials, industrials and energy,” reports Zavier Ong for CNBC.

That outlook is relevant to investors considering ADIV because the exchange traded fund allocates 20% of its weight to financial services and real estate stocks, according to issuer data. The industrial sector is also a small slice of the ADIV roster.

One thing to note is that ADIV allocates 25% of its weight to China, a country in the midst of significant regulatory crackdown.

“China has embarked on a steady stream of regulatory clampdowns in recent months, with the introduction of a slew of new rules impacting diverse sectors. China’s property sector has also come under intense scrutiny with indebted China Evergrande in the spotlight, stoking fears that authorities will further tighten access to credit,” according to CNBC.

However, Chinese property stocks aren’t a major percentage of ADIV’s roster, and many of the fund’s Chinese holdings count the government among their largest investors, meaning that they’re largely out of the regulatory crossfire.

ADIV offsets its China exposure with a combined 21% weight to Taiwan and Australia. The former is one of Asia’s steadiest dividend growth markets owing to its tech-heavy market status, confirming its perch as a quality destination. Likewise, payout growth in Australia is returning, thanks to soaring commodities helping miners boost dividends and the resumption of payout growth at major Australian banks. Another source of allure is the ETF’s 9% weight to South Korea, another tech-heavy market full of cash-rich firms with strong dividend growth prospects.