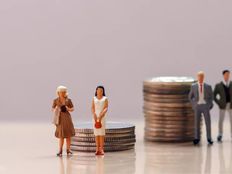 10 Highest-Paid CEOs All Men: The Case For Diversity

The highest-paid CEO in 2021 was Patrick Gelsinger of Intel, who brought in $170 million in stock and option awards and a total of around $177.9 million, according to a recent study from Equilar that utilizes annual proxy statements from companies and compiles a list of the top 100 highest-paid CEOs. Rosalind Brewer, CEO of Walgreens, is the highest-paid female on that list, coming in 14th.

Brewer was paid $28.3 million in compensation in 2021, and of that, $20.2 million were stock awards. In total, there were nine female CEOs that made the top 100 list, an increase from six the previous year but still a far cry from a more even distribution of gender amongst the leaders of companies.

“It is discouraging to see how underrepresented women are at the top and how overrepresented they continue to be at the bottom of the income scale,” Sarah Anderson, executive compensation expert at the Institute for Policy Studies, told CNBC.

Compensation for the top executive rose overall in 2021 thanks to a recovering economy; the average pay for a CEO in 2021 was $20 million, a gain of 30.8% year-over-year. Meanwhile the mean pay gap between executives and workers grew 7%, as judged by the ratio of a CEO’s pay compared to their median worker’s.

“We’re seeing that the skyrocketing corporate profits – the benefits of that – have been funneled up to the top of the corporate ladder and workers, many of whom are on the frontlines of the crisis, have not been reaping the rewards,” said Anderson.

Investing in Diversity and Gender Equity

For investors who seek to capture the potential higher performance offered by more diverse companies, the IQ Engender Equality ETF (EQUL B-) offers a dual impact opportunity for investors. The fund seeks to invest in companies with a gender balance within their workforce, board of directors, and senior management, and it evaluates the gender pay gap of companies, their sexual harassment policies, parental leave, and other metrics.

The fund is also an impact fund. It was created in alignment with Girls Who Code, a nonprofit organization that seeks to increase the representation of women in computer science by offering clubs and programs for any and all girls, half of which constitute historically underrepresented groups. IndexIQ donates a portion of its management fee to Girls who Code.

EQUL seeks to track the Solactive Equileap US Select Gender Equality Index, which includes U.S. companies of any market cap and includes the 75 highest-scoring companies. Companies are assigned an Equileap score that is 40% based on gender balance in the workforce and leadership, 30% on equal compensation and work-life balance, 20% on its gender policies, and 10% on its transparency, accountability, and commitment.

Companies are also excluded from the index for a year if at any time in the previous two years they have engaged in unethical practices that involved discrimination of any sort against their employees.