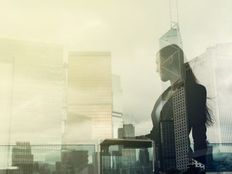 SRI is often mentioned in the same breath as ESG, but there are differences between these investing styles. Whether accurate or not, critics often assert that ESG is long on environmental focus and comes up short when addressing social and governance issues. SRI can ameliorate that problem, and one way of doing that is through focused approaches such as gender-focused or gender lens investing.

Some exchange traded funds focus on just that. The IQ Engender Equality ETF (EQUL C+) is part of that group. EQUL debuted last October and tracks the Solactive Equileap U.S. Gender Equality Index. While EQUL is still in its infancy, it has the makings of an appropriately timed ETF.

“Gender Lens Investing is an impact investment strategy which deliberately integrates gender analysis into investment analysis and decision-making. It has garnered increased global attention in recent years, as investors seek to bring new dimensions to the nature of their investments,” according to KPMG.

EQUL focuses on companies displaying commitment to gender equality and empowerment of female staffers. Moreover, the ETF places an emphasis on companies that aren’t just talking the talk. EQUL holdings are firms that compensate women comparably to men and have a number of women not only on staff, but in leadership positions as well.

Gender investing isn’t just a concept that’s arrived on the scene, it’s one that can reward market participants as well.

“Indeed, GLI activity is underpinned by an acknowledgement that investments in the potential of women have disproportionally high social and economic impact because of the spill-over effects in healthcare, education and economic growth and job creation. For example, research has shown that investing in businesses that have a higher representation of women on the board and in leadership positions is a predictor of long-term value creation and better financial performance,” added KPMG.

Owing to the fact that GLI is still in its early innings and some companies are recent entrants to this concept, EQUL is home to just 75 stocks. However, single equity risk is limited because the fund’s largest component commands just 1.6% of its weight.

Additionally, EQUL has a dual impact because the ETF “helps further NYLIM’s ongoing contributions to support the Girls Who Code,” according to the issuer. That’s relevant because there are tangible benefits to boosting women’s education.

“Investing in women’s education also catalyzes intergenerational benefits. In many countries, each additional year of formal education completed by a mother translates into her children remaining in school for an additional one-third to one-half year. Moreover, an extra year of a woman’s education has been shown to reduce the risk of child mortality by 5-10%. These benefits are critical to ending the intergenerational cycle of poverty in developing countries,” concluded KPMG.