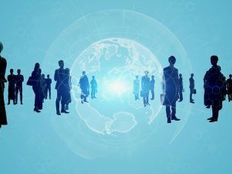 Gender-focused or gender lens investing is garnering more attention. That’s a positive, but there’s also a need to demystify this investing style.

The potential is there for investors to accrue better returns when allocating to companies with more women in high-level roles and those with more gender diverse boards, among other related factors.

“Investing in gender-diverse organisations, women-owned businesses, and companies catering to women’s preferences and needs has been shown to yield considerable financial returns according to the European Investment Bank (EIB). “This dual outcome represents a rich opportunity for all types of investors – not just those focusing on social impact.”

One of the myths surrounding gender investing is that it’s merely a social cause, which frames an ETF such as EQUL as just another environmental, social, and governance (ESG) fund. That’s not the case. There are tangible economic benefits to having more women in the workforce and in high-ranking executive roles.

A 2015 McKinsey study noted that if men and women drive identical contributions in the workforce, global GDP could jump by $12 trillion in 2025. That’s a number that cannot be ignored.

“BNY Mellon and the United Nations Foundation projected in 2018 that closing the global gap in women’s access to financial products and services could unlock $330 billion in annual revenue,” added the EIB.

Another reason that EQUL could be an idea for socially conscious investors to consider is that more investment firms and money managers are using gender lens screens in their capital allocation process, confirming that this investment style has solid long-term growth prospects.

“Moreover, according to Project Sage 4.0, the number of funds allocating capital with a gender lens rose from 58 in 2017 to 206 in 2021. Conservative estimates indicate that $6 billion in total capital was raised for gender-lens funds as of mid-2021. And in the first half of 2021, female-founded companies in the United States raised more venture capital than at any point in the last decade,” noted the EIB.

Bottom line: EQUL is just 10 months old, and that youth could prove advantageous as more investors wake up to the benefits of gender lens investing.