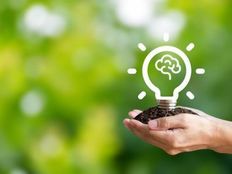 There’s no shortage of critics of the environmental, social, and governance (ESG) movement, investing style, and the related exchange traded funds. That’s not debatable.

What is up for debate is the level of success this vocal group is having when it comes to derailing inflows to ESG ETFs and proxy votes. They’re not enjoying many noteworthy victories. That could be good news for ETFs such as the IQ Candriam ESG US Equity ETF (IQSU B+).

“According to Morningstar’s proxy database, the 2022 proxy season saw a record number of environmental, social, and governance resolutions head for vote,” noted Morningstar analyst Ruth Saldanha. “This year also saw the rise of what we have been calling anti-ESG shareholder proposals. These proposals use various tactics to get on the ballot, many of which obfuscate the real intent behind them, and are usually submitted by groups that oppose the work of ‘pro-ESG’ investors.”

While ESG critics are making their voices heard, that’s not derailing interest in products such as IQSU, confirming that plenty of investors see value in embracing ESG for the long term. Additionally, major shareholders aren’t proving all that responsive to anti-ESG efforts, as highlighted by proxy vote results.

Among S&P 500 companies, including some that reside in IQSU, there were 43 anti-ESG proposals in the first half of 2022. Only a dozen garnered at least 5% of votes. Said another way, some large money managers don’t view opposition to ESG as a value creator.

“Our recent research shows that large asset managers have come out strongly in favor of measures that seek to improve diversity, equity, and inclusion at the board level, senior management, and in the wider workforce,” said Lindsey Stewart, director of investment stewardship research at Morningstar.

IQSU, which tracks the IQ Candriam ESG US Equity Index, offers its own sources of allure for ESG-oriented investors. IQSU’s methodology is easy to comprehend, indicating that it avoids the greenwashing that critics so frequently mention while providing investors with a pure, yet broad approach to ESG equity investing. Additionally, IQSU’s annual fee is a mere 0.09%, which is among the lowest in its category.