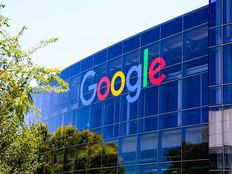 Google may be known for its technological innovation as it continues to drive industries, but its deep roots in and commitment to sustainability is a lesser-known area of interest.

In 2007, Google became the very first large company to become carbon neutral, ever, according to the Google sustainability website. Fast-forward three years, and it also becomes the first company within the technology industry to buy and utilize renewable energy on a large scale.

While 2020 brought about the onset of the pandemic, it also saw Google neutralizing all of the carbon emissions the company had produced from before it became carbon neutral, called legacy emissions. This makes it one of the first companies to be sustainable over the course of its 30-year history, with more ambitious goals on the horizon.

Google also issued  $5.75 billion in sustainability bonds in 2020, the largest amount ever offered by any company, allowing stakeholders to participate in addressing sustainability, environmental, and social issues. The proceeds from the bonds are used to fund ongoing and new research and projects.

Looking ahead, Google has its sights set on becoming the first large company globally to utilize carbon-free energy by 2030, leaning into next-generation technologies such as geothermal energy and carbon-intelligent computing. The company also aims to create 5 gigawatts of energy derived from carbon-free sources by 2030 in crucial manufacturing regions that might be difficult to build otherwise.

Google is committed to science-based reforestation, with efforts already underway in Texas, California, Australia, and Spain, which will contribute to carbon removal from the atmosphere and work with over 500 cities and local governments to help reduce a gigaton of carbon emissions each year.

The IQ Cleaner Transport ETF (CLNR C+) provides an investment opportunity within the emissions transition of the transportation sector and companies focusing on renewables.

The fund has a dual impact in that it has aligned with the National Wildlife Federation and donates a portion of CLNR’s management fees to the organization. CLNR focuses on the transportation industry, which makes up around 20% of emissions annually, and seeks to support the human interventions happening within the climate change arena to help reduce greenhouse gas emissions derived from fossil fuel use.

The fund invests across all caps globally, screens out companies that do not meet ESG criteria, and uses an exclusionary screen. Companies are assigned a score based on their revenue, materiality, and impact, and the top 50–80 scoring companies are included in the index; the index is weighted using a modified market cap-weighting methodology with companies weighted at a minimum of 0.25% and a maximum of 3%.

Alphabet, the parent company of Google, is carried at a 3.1% weighting in the fund.