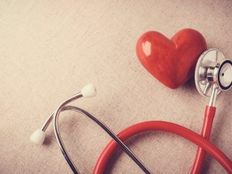 HART: A Beat on Healthcare Investing

Investors can do good for the world at large while still profiting, and that effort isn’t confined to environmental, social, and governance (ESG) strategies.

Take the case of the IQ Healthy Hearts ETF (HART ). HART, which debuted in January 2021, follows the IQ Candriam Healthy Hearts Index and directs a portion of its collected fees to the American Heart Association. HART’s 79 holdings have exposure to the fight against heart disease, and that’s a worthy cause.

Additionally, heart disease is a major drag on the U.S. economy, leading to, by some estimates, hundreds of billions of dollars in lost productivity every year. With data points such as those, it’s clear that at the investment level, it requires some depth to adequately address the fight against heart disease.

HART answers that call for a simple reason: It’s not a dedicated healthcare ETF. In addition to a 64.6% allocation to healthcare equities, HART features exposure to consumer discretionary and staples names as well as tech stocks, among others. That’s impressive breadth that positions HART to capitalize on attractive healthcare trends.

There is “innovation across the pharmaceutical sector can accelerate, especially in biotechnology ― an area that uses material from living organisms to create medicines,” according to BlackRock research.

HART also features some exposure to exciting trends such as the intersection of healthcare and technology, which could improve heart disease prevention and outcomes over time.

That combination could offer “investors opportunities to capitalize on innovation. While the healthcare sector has been slow to embrace technological change, the momentum is beginning to shift. This should lead to progress in areas such as precision surgical tools and minimally invasive procedures,” concluded BlackRock.