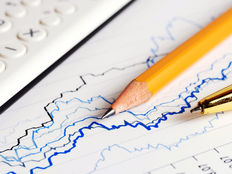 Another Index Adjustment Has EMQQ Implications

The Emerging Markets Internet Ecommerce ETF (EMQQ C+) could be affected by some index alterations in Hong Kong, and that might be a positive for investors.

Hang Seng Indexes Co., the index provider for the Hang Seng Index — the widely followed gauge of Hong Kong-listed stocks — is expected to make some adjustments to that benchmark, and that could include the addition of some names currently residing in EMQQ.

Baidu (NASDAQ:BIDU), China’s largest internet search provider that was once dubbed the Google of that country, is the ninth-largest holding in EMQQ at a weight of 3.64% as of February 16, according to issuer data.

Some analysts believe that as many eight stocks could be added to the Hang Seng during the current index review and that all are likely to be “new economy” stocks — a group EMQQ focuses on — as the index provider looks to reduce the benchmark’s heavy allocations to banks and real estate companies.

Analysts are also forecasting that consumer, healthcare, and technology stocks will account for most of the new additions to the Hang Seng. Those sectors are well-represented in EMQQ.

JD Health International is a smaller member of the EMQQ portfolio. Should that name and Baidu get promoted to the Hang Seng, fund managers who benchmark to the index will have to buy those two stocks, which could be constructive for EMQQ.

Speculation surrounding the potential additions to the Hang Seng emerges a week after MSCI Inc., one of the largest providers of indexes for use by ETF sponsors, revealed its additions to the widely followed MSCI ACWI Index. Those include several members of EMQQ’s roster.