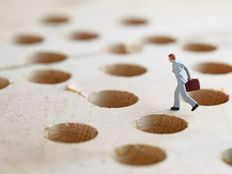 As Russia’s invasion of Ukraine renders many financial assets in the former too risky or too cheap for negative reasons, investors are again reminded that geopolitical risk is often a consideration when investing in developing economies.

The Russia scenario arrives after emerging markets exchange traded funds languished last year as the Chinese Communist Party (CCP) cracked down on consumer internet companies, resulting in significant declines for some stocks that had long been marquee parts of the China growth stock thesis.

Obviously, the current lay of the land when it comes to emerging markets stocks is that the asset class is best-suited for risk-tolerant or patient long-term investors. Those considering emerging markets should make every effort to avoid Russian stocks and state-owned enterprises.

“Governments have imposed a range of economic sanctions on Russia. But the effect on financial markets is far more complicated,” says Morningstar analyst Daniel Sotiroff. “The Moscow Exchange remains closed, while exchanges in Europe and the U.S. have halted trading in some locally listed depositary receipts of Russian companies. Investors that want (or must) sell these assets may not be able to—and in the event they can, those trades will come with hefty losses.”

Fortunately, both EMQQ and FMQQ each recently dramatically reduced exposure to Russian stocks. Both ETFs now have negligible weights to Russian equities.

As noted above, avoiding SOEs is something that investors should do when allocating to emerging markets. Examples of corruption earlier this century at Brazilian and Russian energy giants Petrobras and Gazprom confirm as much.

The point is that companies that are controlled by the state don’t always have outside investors’ best interests in mind. It can be said that emerging markets SOEs are rarely looking to satisfy outside investors. Fortunately, both EMQQ and FMQQ focus on growth stocks, meaning that there’s little chance of SOEs appearing on the rosters of these funds.