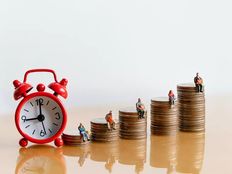 The China Security Regulatory Commission (CSRC) announced the launch of the first private pension plan due to anticipated economic challenges with an aging population.

In a statement posted on its website, the CSRC said that pension money "can provide more long-term, and stable funds to develop the real economy, via capital markets.”

A private pension program should drive the growth of foreign insurance and asset managers in China with an additional $1.4 trillion in assets by 2025. Last July, Allianz formed the first wholly foreign-owned insurance asset management company in China.

This program was created to add additional resources for China’s aging population. In 20 years, 28% of China’s population will be more than 60 years old, up from 10% today, according to the World Health Organization. Public pensions are currently in place in China; both employees and employers have contributed fixed amounts under state pension plans.

China has been testing this for four years. Private pensions are seen as an additional program to state pension plans. Employees can contribute up to 12,000 yuan ($1,860) per year. Contributions will be eligible for tax breaks. If a private pension holder dies, the assets in their account can be bequeathed.

The rollout will start in selected cities before going nationwide.

Independent consultancies estimate that China’s private pension market will grow from $300 billion currently to at least $1.7 trillion by 2025.

The program is bound to have huge implications for EMQQ Global’s China-heavy Emerging Markets Internet & Ecommerce ETF (EMQQ C+), of which more than half of its assets are weighted towards the country.

“The establishment of Private Pensions in China is a long-term net positive for the China equity markets over the long term. It adds a whole new additional level of liquidity for the capital markets (estimated in Trillions from 2025 and beyond) that doesn’t exist today,” said Kevin T. Carter, founder and CIO of EMQQ Global.

By focusing on internet and e-commerce in emerging markets, EMQQ looks to capture the growth and innovation happening in some of the largest and fastest-growing populations in the world.