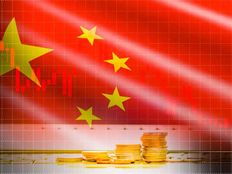 Emerging markets exchange traded funds that are heavy on Chinese equities, of which there are plenty, are enduring their share of volatility at the hands of policymakers in the world’s second-largest economy. However, there are indications that this scenario could finally be easing.

If that’s the case, funds including the Emerging Markets Internet & Ecommerce ETF (EMQQ C+) could benefit. EMQQ allocates nearly half of its weight to Chinese stocks, making the fund an ideal way for risk-tolerant investors to position for possible rebounds by battered Chinese growth equities.

The Chinese Securities Regulatory Commission and other regulators in that country are working on new protocols that could help Chinese companies retain their U.S. listings. Fears of U.S. delistings is one of the major factors weighing on Chinese stocks, including some well-known EMQQ components.

“The Securities and Exchange Commission’s naming of Baidu and a handful of other Chinese companies as being at risk of delisting was the latest installment in applying the Holding Foreign Companies Accountable Act,” reports Jack Denton for Barron’s. “Becoming law in late 2020, it requires some foreign companies listed in the U.S. be more transparent with their accounting documents. Chinese companies are among the main targets, and delisting is the ultimate cost of noncompliance.”

News of Chinese cooperation on the regulatory front and the potential removal of the specter of U.S. delistings proved palpable for EMQQ as the fund gained nearly 4% last Friday, pushing to a positive weekly performance along the way.

“Alibaba (ticker: BABA) rose more than 6%, JD.com (JD) jumped more than 5%, and NIO (NIO) was up 6%. Shares of DiDi (DIDI), which said late last year that it planned to delist in New York, were up 16%. Baidu (BIDU), which was added to a Securities and Exchange Commission delisting watchlist this week, jumped 9%,” according to Barron’s.

“It would also follow indications that a shift like this has been in the works. News came in March that the Chinese government would work to boost economic growth and support the stock market, as well as clear up a punishing regulatory environment, including concerns around U.S. delistings,” notes Barron’s.