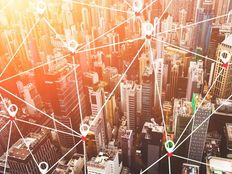 China Real Estate Transition Could Be Good for EMQQ

Chinese investors have long been fans of real estate — both at home and abroad. As a result, they’re not as likely as their Western counterparts to embrace equities.

As a result of Chinese investors’ affinity for property assets, the real estate market in the world’s second-largest economy is heavily scrutinized and often the subject of bubble talk. Those factors aren’t lost on Beijing, and policymakers there are working to redirect citizens’ savings from real estate to bonds and stocks.

While the idea of a government telling its citizens how and where to invest isn’t fathomable to westerners, the policy shift could bring with it implications for U.S.-listed exchange traded funds, such as the Emerging Markets Internet & Ecommerce ETF (EMQQ C+).

“Currently, only around 10 per cent of household savings is in stocks. Chinese savings are still mostly in banks and the money market, apart from real estate. And only 6 to 8 per cent of China’s domestic equity market is owned by foreign investors, a low level by world standards and a result of the country’s capital controls,” reports the South China Morning Post.

Conversely, home ownership in some major Chinese cities runs as high as 85% or higher, prompting Presdent Xi Jinping to remind citizens that homes are for living in, not speculation.

“For the Chinese public, property has been a huge distraction and now the challenge is to refocus their attention on stocks and other capital market products,” according to the Morning Post.

EMQQ is relevant in this conversation not only because it allocates almost 53% of its weight to Chinese stocks (as of March 31), but also because many of the fund’s Chinese holdings can potentially benefit from more of the country’s citizens investing in equities and fixed income.

EMQQ’s fintech exposure recently increased, and holdings such as Tencent and Alibaba (NYSE:BABA) already have financial services footprints. For example, Tencent’s blockchain and portfolio units could be relevant as more Chinese investors move away from real estate. On its website, the internet giant acknowledges having securities trading and wealth management services. Tencent and Alibaba are EMQQ’s third- and fourth-largest holdings, respectively, combining for 16% of the ETF’s roster.

Today, Chinese citizens engaged in the country’s equity market don’t have reputations for being buy-and-hold investors. Rather, they enjoy speculation, but as that shifts, EMQQ holdings could benefit. Additionally, high-level investors play important roles in boosting liquidity and stability in Chinese equity markets.

“The market’s health has also improved because of growing participation by institutional investors, including public pensions, sovereign wealth funds, asset management firms and foreign institutions. These participants generally take a longer-term approach, based on fundamental research,” notes the Morning Post.

Bottom line: It will take time to wean Chinese investors off of real estate, but as that shift materializes, EMQQ stands as one of the more viable ways for investors in the U.S. to get in on the action.