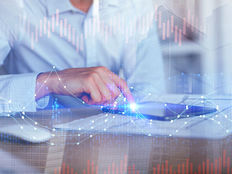 Chinese regulators appear to be easing up on Ant Group, which could signal that China’s crackdown on the country’s technology sector may be coming to an end. Citing unnamed sources familiar with the matter, Reuters recently reported that the People’s Bank of China has accepted Ant Group’s application to set up a financial holding company two years after the central bank nixed the fintech giant’s IPO. Though Ant has been working with regulators for months on a broad revamp, the central bank agreeing to review the application indicates the company could soon get the license it’s been seeking.

In November 2020, Chinese authorities pulled the plug on Ant’s IPO, which was set to raise $37 billion in the world’s biggest listing, after its founder Jack Ma gave a speech accusing financial watchdogs of stifling innovation. The scrapped IPO triggered a crackdown on China’s tech giants.

But Beijing has softened its stance in the last few months. In May, amid significant stock selloffs and job layoffs in the country’s tech sector, the Cyberspace Administration of China organized a meeting with the country’s tech giants including Tencent and Meituan to discuss the regulatory campaign against the sector. Vice-Premier Liu He also told tech executives last month that the government supported the development of the sector.

“The Chinese government — much like the U.S. and other governments — has been trying to catch up in regulating a technology sector that has grown at an incredible rate over the past decade,” said Kevin T. Carter, founder and CIO of EMQQ Global. “I don’t believe the goal has ever been to cause long-term harm to their internet giants but rather to do what all governments are trying to do. This meeting may signal that the government feels they have caught up.”

More than half of the assets in EMQQ Global’s Emerging Markets Internet & Ecommerce ETF (EMQQ B-) are weighted toward China. By focusing on the internet and e-commerce in emerging markets, EMQQ looks to capture the growth and innovation happening in some of the largest and fastest-growing populations in the world.

And the valuation gap between U.S. tech and Chinese tech has widened considerably, with bellwether Chinese stocks such as Alibaba and Tencent trading at multi-decade lows. Additionally, the price-to-book ratios of the top 10 Chinese companies are a quarter of those of the FAANG stocks (Facebook, Amazon, Apple, Netflix, and Google).