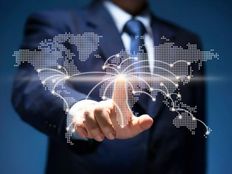 “We continue to explore the M&A market on a weekly basis,” Kanovich said. “We have enough cash on balance and also enough access to capital to fund these acquisitions.”

DLocal’s chief operating officer Sumita Pandit added that potential acquisition deals are getting cheaper as tech stocks have plummeted, and the drop has spilled over into the private equity space.

“These won’t be billion-dollar deals. We are going to be very disciplined about what we acquire,” said Pandit.

Earnings for the quarter came in at $26.3 million compared with last year’s $16.9 million, or 6 cents a share. Analysts were expecting earnings of $24.5 million.

DLocal is one of the holdings in EMQQ Global’s Next Frontier Internet & Ecommerce ETF (FMQQ B), which currently allocates about 1.43% of its holdings to the Uruguayan fintech firm.

FMQQ seeks to provide investment results that, before fees and expenses, generally correspond to the price and yield performance of the Next Frontier Internet and Ecommerce Index (FMQQetf.com). Securities must meet a minimum of a $300 million market cap and pass a liquidity screen that requires a $1 million average daily turnover.

When the fund was launched in September, Kevin T. Carter, founder and CIO of EMQQ Global, said that the goal of FMQQ was to “be an attractive alternative for investors who want to capture the budding opportunities in these ‘next frontier’ markets and/or complement their Chinese tech allocations and balance out their current portfolio weightings.”