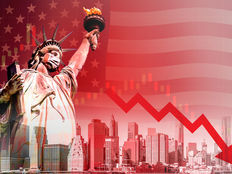 Emerging Markets Are Ready for a Recession in the U.S.

Despite suffering substantial losses and massive selloffs in the first half of 2022, emerging markets may be resilient during a recession in the U.S., according to large investors. The reason being is that emerging and developing markets will be cushioned by low valuations, high yields, rapid growth, and a recovered China.

Oliver Harvey, who oversees Deutsche Bank’s currency research for central and eastern Europe, the Middle East, Africa, and Latin America, is quoted by Bloomberg as saying that while the investor “may be close to peak pessimism,” Harvey believes “there are reasons to think emerging market performance could hold up better than in past recessions, including very low foreign ownership of local assets, a relatively high starting point for interest rates and cheap valuations.”

“A broad-based emerging market recession is not our baseline, even if our colleagues expect one in the U.S.,” Harvey added.

Investors are also counting on China to rebound, which would minimize the impact of a recession in the U.S. After a year of selloffs that erased nearly $2 trillion of returns, investors have been returning to China tech stocks as Chinese authorities work to revitalize the economy and ease COVID lockdown restrictions.

“If China is still growing reasonably well, it could partially mitigate the fears of a U.S. or Europe recession,” said Claudia Calich, head of emerging market debt at M&G Investments. “While there are still potential macro headwinds and some of the weaker countries may face difficulties, prices and valuations have already adjusted very significantly and a lot of the negative factors are already priced in.”