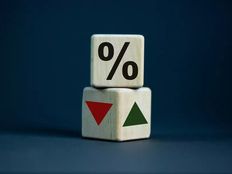 In prior eras of developed market central bank rate tightening, investors thought that emerging markets assets were primed to languish, but that wasn’t the case last week, as other factors helped the widely followed MSCI Emerging Markets Index to a weekly gain of 6.55%. The Emerging Markets Internet & Ecommerce ETF (EMQQ C+) gained 6% last Friday alone, pushing its weekly gain to 21.31%.

Again, other factors were at play for emerging markets equities last week, but those performances could be signs that Fed rate hikes won’t mean doom for exchange traded funds such as EMQQ. In fact, historical data suggest that emerging markets stocks actually hold up well as developed markets central banks turn hawkish.

“In the five previous US rate hiking cycles, the MSCI Emerging Markets Index on average performed better in the 12 months prior to the first US rate hike than in the 12 months following; nevertheless, the gains in the latter period remained positive,” according to Franklin Templeton.

The fund manager points out that 12 months following the Fed’s first rate hike in 2016, the MSCI Emerging Markets Index was higher by 10%. If history repeats this year, that could be a boon for EMQQ.

A potential advantage for EMQQ is that its roster is comprised of companies that heavily focused on consumers in their home markets and other developing economies. In theory at least, Fed policy shouldn’t impact consumer behavior in, say, Brazil or India. Other fundamentals bode well for emerging markets as the Fed raises rates.

Add to that, inflation in developing economies, which usually runs well ahead of the U.S., is actually trailing the world’s largest economy, which is perhaps a sign that emerging markets central banks that boosted rates last year were effective in accomplishing their objectives.

“Based on year-end 2021 data, EM inflation is 3.4 pp below that of the United States,2 driven by the unprecedented fiscal stimulus, the spike in commodity prices, and post COVID-19 supply chain issues,” concludes Franklin Templeton.