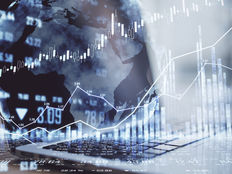 Bitcoin isn’t a distinctly western phenomenon. In fact, much of the adoption and usage cases for the largest cryptocurrency and other digital assets centers around emerging markets.

As more developing economies embrace digital tokens, including bitcoin, there could be positive implications for select exchange traded funds, including the Emerging Markets Internet Ecommerce ETF (EMQQ C+) and the Next Frontier Internet & Ecommerce ETF (FMQQ B).

“Emerging markets were at the forefront of last year’s massive growth in global cryptocurrency adoption. With this growth widely tipped to continue into 2022, a range of countries will see their crypto markets mature or expand,” according to Oxford Business Group. “For example, Nigeria – Africa’s biggest cryptocurrency market – was the world’s leading country for cryptocurrency adoption in 2020, with Vietnam and the Philippines coming second and third, respectively.”

Rising adoption of digital assets in developing economies is relevant to investors considering EMQQ or FMQQ or both ETFs for multiple reasons. For example, e-commerce companies and online retailers, including companies residing in these ETFs, often encounter cross-border payments issues. This means that consumers, many of whom are unbanked, are dealing with the same issues. Bitcoin and digital currencies can reduce that friction, leading to enhanced efficiencies in the process.

“Meanwhile, according to leading research firm Chainalysis, worldwide adoption had jumped by over 880% year-on-year by August,” notes Oxford Business Group. “Throughout 2021 the most rapid adoption rates were once again seen in emerging markets. In Chainalysis’ annual ranking, Vietnam, India and Pakistan were first, second and third, respectively, while the US was the only mature economy in the top 10.”

India is one of the largest geographic exposures in both EMQQ and FMQQ. So is Brazil, which is also home to rising crypto adoption.

“Brazil – which came in at number 14 – offers a case study in how emerging economies sought to leverage crypto in 2021,” concludes Oxford Business Group. “In terms of traditional financial markets, the Brazilian Stock Exchange debuted three crypto-dedicated exchange-traded funds (ETFs). Meanwhile, in the first quarter of this year the country will also see the launch of the world’s first ETF dedicated to decentralised finance networks.”

Another reason that EMQQ and FMQQ are relevant in the emerging markets crypto conversation is because both funds, following their recent rebalances, substantially increased their allocations to fintech companies, some of which have blockchain and crypto competencies.