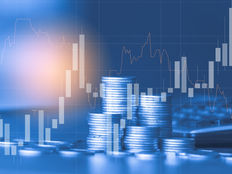 “Fundamentally, things were actually pretty good for EMQQ as revenue is expected to have grown more than 35% in 2021,” writes EMQQ founder and chief investment officer Kevin Carter in a recent note.

Obviously, investors are concerned about the regulatory environment in China, which makes sense because that was the primary drag on EMQQ and friends last year. While the world’s second-largest economy is 51.6% of the fund’s weight, that’s meaningfully lower than what was seen at the end of June 2021. As Carter notes, keeping some perspective is vital when assessing the longer-ranging outlook for Chinese internet stocks.

“Let me reiterate two important things. First, while investors’ fear of Chinese regulators and ‘Common Prosperity’ is pervasive, I believe the perceived risk is greatly exaggerated. I think that China understands that capitalism and private enterprise have been the primary drivers of their 30-year ascent to economic superpower,” Carter adds. “It is in their best interest to let that continue. Additionally, I believe that the delisting ‘threat’ is the most misunderstood and fundamentally meaningless part of the current China fear.”

It’s also important to note that the emerging markets internet equity (e-commerce, fintech, online retail, etc.) is about much more than China. A bumper crop of initial public offerings (IPOs) in India in 2021 proves as much. Other EMQQ constituent countries, including Turkey and Uruguay, are getting in on that act, too.

“At the same time, emerging market entrepreneurs, most of who have gone to top U.S. universities and/or worked at our leading technology companies, are raising record amounts of venture capital to start and build the businesses of tomorrow’s world. This is especially true beyond China as 2021 saw IPOs in Turkey, Indonesia, Uruguay, and India, where we may see as many as 20 IPOs in the coming year,” concludes Carter.