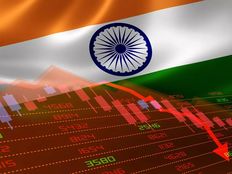 EMQQ Global has announced the launch of their third ETF: the India Internet and Ecommerce ETF (NYSE Arca: INQQ). INQQ trades on the New York Stock Exchange and will provide investors exposure to the companies leading the wave of eCommerce and internet innovation that is reshaping many corners of Indian business, finance, banking, consumer goods, and more.

INQQ offers targeted exposure to the companies leading India’s digitization. The fund seeks to provide investment results that, before fees and expenses, generally correspond to the price and yield performance of the India Internet and Ecommerce Index.

All securities eligible for inclusion in the index must generate over 50% of revenue from internet and/or eCommerce in India, have a minimum market cap of $300 million, and a liquidity screen of $1 million average daily turnover. The index has a market cap weighting with an 8% maximum position and rebalances semi-annually.

“India is an extraordinary investment opportunity and a central part of the eCommerce and digitalization growth story in emerging and frontier markets beyond China. You can think of this opportunity as ‘the next billion’ as India’s population gets affordable access to the internet for the first time via smartphones, changing the way people shop for food, clothing, access entertainment, do their banking, learn, and more,” said EMQQ Global founder Kevin T. Carter in a news release.

“India is also home to some of the most innovative eCommerce companies, like fintech leader PAYTM, and Zomato, a food delivery app, and we’re seeing bright young entrepreneurs lead the charge as they are creating IPOs with $16 billion in total valuations.”

Carter noted that, in addition to the entrepreneurs and the technology that is being created and introduced in India, there is major support from the Indian government. India’s President Modi introduced the “Digital India” campaign in 2015, intending to have a trillion-dollar online economy by 2025 and improve the infrastructure needed to digitally empower the country.

Furthermore, India’s efforts at demonetization continue to encourage fintech development and mobile banking. With a population of 1.3 billion people and the largest Gen Z population globally, the Indian growth opportunity is large.

“India is the third-largest economy and fastest-growing major economy on the globe, and we’re excited to offer investors the first targeted approach to tap into this rapid eCommerce and digitalization story of India,” Carter added.