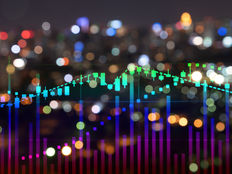 The Emerging Markets Internet & Ecommerce ETF (EMQQ C+) allocated just 2.88% of its weight to Russia as of the end of last year, according to issuer data. That percentage is likely significantly lower today, and while that doesn’t imply that EMQQ is a safe haven, it is advantageous for investors to be skirting Russian stocks over the near term.

Russia’s recent invasion of Ukraine prompted a slew of economic sanctions by the West, which are crippling the country’s financial markets while sending the rubble to multi-year lows against the dollar and other major currencies.

Further highlighting the advantages of EMQQ’s light exposure to Russia was the news out on Monday that MSCI could drop Russian stocks from its index.

“It would be not make a lot of sense for us to continue to include Russian securities if our clients and investors cannot transact in the market," Dimitris Melas, MSCI’s head of index research and chair of the Index Policy Committee, said in an interview with Reuters..

MSCI is one of the marquee sponsors of indexes for use by ETF issuers, and its MSCI Emerging Markets Index is the most widely followed gauge of stocks in developing economies in the world. In other words, if MSCI decides to boot some or all of the Russian stocks from that index, other index providers could follow suit. What’s not up for debate is that if MSCI renders that decision, selling pressure on Russian stocks will intensify.

MSCI “could launch a consultation with investors immediately, the result of which could be announced within days along with the action which would be taken,” according to Reuters. “MSCI announced on Thursday that it had frozen the index and would not the implement changes for Russian securities it had previously announced as part of its February review.”

It remains to be seen whether MSCI pursues that course of action, but if the index provider does pull the trigger, EMQQ having significantly larger weights to China, South Korea, and India, among others, relative to Russia could prove beneficial for investors.