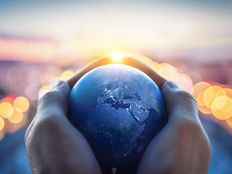 The Emerging Markets Internet Ecommerce ETF (EMQQ C+), as its name implies, is one of the premier avenues for investors seeking broad exposure to emerging markets internet equities.

Currently, the investable market of internet stocks hailing from developing economies is dominated by China, and that’s particularly true of companies with U.S. listings. EMQQ reflects as much, allocating 51.6% of its weight to China, but there’s much more to the exchange traded fund’s story.

“The outlook for the remainder of 2022 looks more promising. While EMQQ has experienced similar bouts of volatility in the past, the long-term trend of increasing digitalization often provides stable footing for investors. Based on 2021 estimates, there are still over 480 million people yet to own a smartphone in China. Over 800 million in India. That’s a multi-decade theme,” according to EMQQ’s issuer.

India is EMQQ’s third-largest geographic exposure at nearly 9%. That’s a potential benefit to long-term investors because that country’s consumer internet market is just scratching the surface of what could be an epic long-term boom. Additionally, Asia’s third-largest economy is home to more than 80 unicorns — startups valued at $1 billion or more.

This year is expected to bring another bumper crop of initial public offerings (IPOs) in India, and that could include some firms that will eventually make for practical additions to the EMQQ portfolio.

Interestingly, while China is EMQQ’s largest geographic exposure, the majority of the fund’s holdings aren’t Chinese companies. That’s a testament to the burgeoning e-commerce and internet story in developing economies outside of China.

That’s relevant to investors considering EMQQ because an assortment of non-Chinese emerging markets internet companies are displaying sound fundamentals, and some are already profitable.

“It is encouraging to see the EMQQ story scale beyond China to markets in a much more nascent stage of their development. India is a market of particular interest. Despite boasting the second largest population in the world (behind China), the investible universe of Indian internet stocks has been quite limited historically,” concludes the fund’s issuer. “That has changed over the last 12 months as wave of new tech companies have entered the public markets for the first time. This cohort of companies from ‘low base’ markets should help drive the fundamental EMQQ over the long-haul.”

Overall, 20 countries are represented in EMQQ.