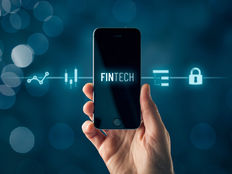 For example, when Brazil-based fintech firm Nubank set up shop in 2013, it was entering an inefficient, concentrated banking system that excluded huge swaths of the country’s population. It was competing with powerful banking oligarchies that controlled decades-old financial institutions, charged excessive fees, and offered poor service with outdated technology. But the spread of broadband and smartphones allowed the startup to offer no-fee credit cards and apps that made it easier to apply for loans, pay bills, and request credit line increases.

By March 2021, two months after going public, Nubank had become one of the largest digital banks in the world with 41 million active users.

Other fintech firms like Kakao Pay and Kaspi have become major players in their respective markets by taking advantage of the proliferation of smartphones and the way people conduct financial transactions online via apps. In South Korea, Kakao Pay has become the leading fintech platform where 98% of the population is banked but where the penetration of pure digital transactions across lending, insurance, and investments remains low. Kazakhstan’s leading fintech player Kaspi started as a traditional commercial bank, but over the past decade has launched such services as consumer loans, debit cards, QR-enabled digital wallets, and an ecommerce marketplace. Kaspi’s app is now used by 60% of Kazakhstan’s population of 18.75 million.

“The digitalization of financial services in emerging markets is opening the way to greater, cheaper, and more convenient access to banking services. We believe this is one of the most exciting investment opportunities we’ve seen in recent years,” according to Sands Capital.

FMQQ has no China-based holdings. Securities must meet a minimum of a $300 million market cap and pass a liquidity screen that requires a $1 million average daily turnover.

When the fund was launched in September, EMQQ Global founder and CIO Kevin T. Carter said that the goal of FMQQ was to “be an attractive alternative for investors who want to capture the budding opportunities in these ‘next frontier’ markets and/or complement their Chinese tech allocations and balance out their current portfolio weightings.”