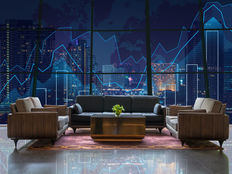 With those attractive traits in mind and given the fact that the new exchange traded fund doesn’t depend on Chinese companies to drive returns, investors should understand the workings of the FMQQ Index, the fund’s underlying benchmark.

The FMQQ Index is about a month removed from its December rebalance, which ushered in eight new members to the benchmark and one removal, due to the member not meeting the index’s requirements on liquidity, market capitalization, or daily turnover. Following the rebalance, the FMQQ Index is home to 68 stocks, and its exposure to some significant non-China emerging markets also increased.

South Korea, Brazil, and India are FMQQ’s largest, third-, and fourth-largest geographic exposures, respectively, and combine for about 52% of the ETF’s weight. The top three additions to the FMQQ Index are Brazilian fintech firm Nu Holdings, Grab Holdings, and Indian Railway Catering and Tourism Corporation Inc.

Singapore-based Grab, which generates the bulk of its revenue in Southeast Asia, has roots in ride-hailing, but is expanding. Today, its units also include fintech and food delivery. “Over time, however, as its ride-hailing business scaled, the company expanded its services to encompass a broad range of products ranging from payments and financial services to food delivery,” according to FMQQ’s issuer.

Combine that with Nu Holdings, and it’s clear that FMQQ’s rebalance bolsters the fund’s fintech credentials, but there’s more, including the addition of South Korea’s KakaoPay, a provider of digital wallets and mobile payments. Nu Holdings, KakaoPay, and Grab are now top-10 holdings in FMQQ and combine for nearly 15% of the fund’s roster.

“Krafton Inc the company is known for having developed TERA, PlayerUnknown’s Battlegrounds, and PUBG: New State, the last two through its subsidiary PUBG Studios. Tencent is an investor in Krafton through a subsidiary and owns 13.6% as of 12/31/2021,” notes FMQQ.

South Korea, one of the most advanced emerging markets, accounted for 23.1% of FMQQ’s weight as of September 30.