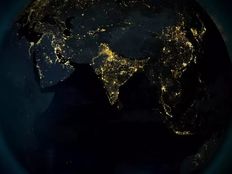 India is planning to spend $30 billion to overhaul its technology industry as part of a plan to build a complete supply chain ecosystem. Gourangalal Das, director-general of the India-Taipei Association, told Nikkei Asia that the investment initiative is aimed at increasing local production of semiconductors, displays, advanced chemicals, networking, and telecom equipment, as well as batteries and electronics.

Roughly $10 billion of this $30 billion investment initiative will go toward two chip facilities and two display plants. About $7 billion is planned to be given to the electronics industry. The remaining $13 billion will be reserved for “affiliated services like telecom, networking, solar photovoltaic, advanced chemistry and battery cells,” Das said.

The country’s top diplomat to Taiwan added that India has a deep bench of “young talent” in the tech sector and is enjoying a “demographic dividend” that could last till 2050. India has set a target of producing 85,000 highly qualified engineers in 10 years.

In 2015, the government launched its “Digital India” campaign to accelerate the country’s economic growth by pushing government and banking services online and by investing in technology. The pandemic has accelerated this trend.

India is on track to being the third-largest country in terms of GDP, with $10.8 trillion projected in 2031. By 2030, the country’s working population is expected to cross 1 billion, the largest in the world. This would also lead India to have nearly 800 million digital content users by 2025.