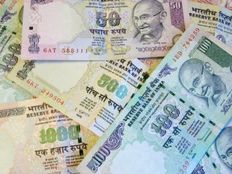 India’s fintech market is ballooning thanks to several factors within the country, including favorable demographics, growing technology adoption among its citizenry, higher disposable incomes, supportive regulators encouraging innovation, and more savvy and aware customers. The sector is estimated to reach $1 trillion in assets under management by 2030, according to a report published by Chiratae Ventures and EY. This is a tenfold increase from its AUM of roughly $100 billion in 2021.

Fintech in India is also expected to have $200 billion in revenue by 2030 — also a tenfold jump from $20 billion in 2021. By 2030, the market is expected to grow to $515 billion in book size, according to the report, which counts payments, digital lending, wealth tech, insurtech, and neo-banking as part of the market.

The space has also seen an increase in funding capital in the country. Fintech funding in India recorded a threefold jump in 2021, with more than $9 billion in investments being made in digital lending in the last five years.

“The Indian Fintech market has been a formidable global force, contributing to the largest share of unicorns in India,” wrote Sudhir Sethi, founder and chairman of Chiratae Ventures, in the report’s foreword. “India is recognized as a global hub on account of a mature funding ecosystem as well as supportive regulatory environment."

Chiratae Ventures founder and vice chairman TC Meenakshi Sundaram also noted in the report that India is the world’s third-largest fintech market behind the U.S. and China, boasting more than 21 unicorns as of March 31. Much of this is being driven by a “large underpenetrated market across multiple financial services and favourable demographics.”

“Growing technology adoption, disposable incomes and awareness of avenues for wealth management are fuelling this growth, and FinTechs have been quick to tap into this interest with innovative solutions such as micro investing,” Sundaram added.

INQQ seeks to provide investment results that, before fees and expenses, generally correspond to the price and yield performance of the India Internet and Ecommerce Index. All securities eligible for inclusion must generate over 50% of revenue from internet and/or ecommerce in India, have a minimum market cap of $300 million, and a liquidity screen of $1.0 million average daily turnover.

“India is an extraordinary investment opportunity and a central part of the ecommerce and digitalization growth story in emerging and frontier markets beyond China,” said Kevin T. Carter, founder and CIO of EMQQ Global. "You can think of this opportunity as ‘the next billion’ as India’s population gets affordable access to the internet for the first time via smartphones, changing the way people shop for food, clothing, access entertainment, do their banking, learn, and more.”