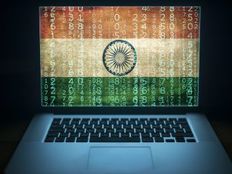 India Is Leading the Charge in Digital Payments

While Silicon Valley moguls try to tout the impending arrival of Web3 and convince the public that cryptocurrencies are worth investing in, India is on track to be one of the globe’s fintech leaders. Through its Unified Payment Interface (UPI), the country is leaping ahead on payments by implementing what crypto boosters have been promising.

UPI is an instant real-time payment system developed by National Payments Corporation of India that facilitates interbank peer-to-peer and person-to-merchant transactions. With more than 150 million monthly users and transactions surpassing $100 billion per month, UPI has become massively popular. The Reserve Bank of India anticipates that payments running through UPI will make up 8% of the country’s total GDP in 2025.

UPI has many things going for it. In addition to working well for large populations, it has an open protocol that other technologies can be built upon, creating a large and useful network for financial payments. Plus, it cuts out intermediaries and encourages greater competition, something blockchain was supposed to do.

“Shiny new technologies such as blockchain may be cool, but less flashy efforts driving open standards and interoperability are delivering a real revolution that flies under the radar of the tech gurus in England’s Shoreditch and America’s Silicon Valley,” according to Fortune. “India is very astutely leaping ahead of the world.”

Part of the reasoning behind UPI was to create a neutral e-commerce platform that was low-cost and accessible. Through UPI, India can reign in the tech firms that are creating monopolies. The Reserve Bank of India has also put limits on market share in UPI payments to foster stronger competition.

Investors seeking exposure to India’s rapidly growing digital and e-commerce sectors may want to consider EMQQ Global’s Next Frontier Internet & Ecommerce ETF (FMQQ B) and the India Internet and Ecommerce ETF (INQQ ). The country is the second-largest exposure in FMQQ and the entire focus of INQQ.

Meanwhile, INQQ seeks to provide investment results that, before fees and expenses, generally correspond to the price and yield performance of the India Internet and Ecommerce Index.