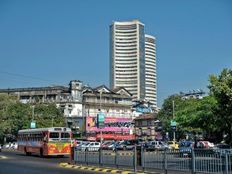 While emerging markets have been hit hard recently, with foreign investors dumping EM stocks and bonds for five consecutive months, India is telling a different story. Not only has the country recently overtaken the U.K. as the world’s fifth-biggest economy, but India is also one of the world’s fastest-growing major economies.

India has a lot of things going for it now. Its GDP is set to be above China’s. Its stock market has performed better through the pandemic than many of its peers. Even its local currency government bonds enjoyed a mini rally in August.

Glen Finegan, lead portfolio manager at Skerryvore Asset Management, told the Financial Times that India’s economy is entering a new phase, driven by a transition from highly regulated to a more liberalized business environment and a young population that will soon provide the country with a labor force larger than China’s.

“It feels like the economy has gone past a tipping point, to where growth is to some extent self-sustaining,” said Finegan. “There are a lot of tailwinds.”

Kevin T. Carter, founder and CIO of EMQQ Global said: “India is a significant part of our strategies. That is expected to grow in our upcoming rebalance and for the foreseeable future.”

“For retail investors looking for a gateway to India, there are a few routes available. Anybody looking for short-term profits may be gambling with the Fed and the global outlook. But for those prepared to wait out any immediate market instability, India offers a bit of economic hope at a time when there is not much around,” according to the FT.