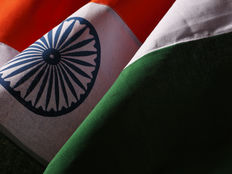 India is projected to become the most populated nation in the world in 2023 as China’s population growth is expected to decrease sharply, according to the United Nation’s World Population Prospects 2022 report. Bloomberg is reporting that this is four years ahead of an earlier estimate forecasting India to surpass China by 2027.

China, currently the world’s most populous nation, is expected to experience a sharp decline in its population as early as next year. In March, Cai Fang, a member of the People’s Bank of China’s monetary policy committee, said it’s “entirely possible” for the country’s population to peak this year, as its population of 1.41 billion grew at the slowest pace since the 1950s.

The UN expects the global population to reach 8 billion in November and grow to 8.5 billion by 2030. More than half the projected rise between now and 2050 is expected to be in just eight countries: Congo, Egypt, Ethiopia, India, Nigeria, Pakistan, the Philippines, and Tanzania.

Over the next decade, India will have nearly 700 million people born between 1980 and the 2000s enter their peak consumption years, fueling a massive wave of domestic demand. The country also already has the second-largest smartphone market globally, with only a 50% penetration rate.

The introduction of low-cost smartphones and data plans has led to high demand. India has 7 million new smartphone users going online for the first time every month, which is roughly the entire populations of Los Angeles and Chicago combined.

Investors seeking exposure to India’s rapidly growing digital and e-commerce sectors may want to consider EMQQ Global’s Next Frontier Internet & Ecommerce ETF (FMQQ B) and India Internet and Ecommerce ETF (INQQ ). The country is the second-largest exposure in FMQQ and the entire focus of INQQ.

Meanwhile, INQQ seeks to provide investment results that, before fees and expenses, generally correspond to the price and yield performance of the India Internet and Ecommerce Index.