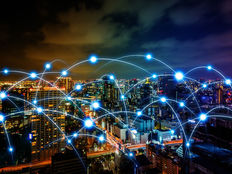 Reliance Jio, India’s largest telecom company, is growing its digital presence in the country and is primed to be a tech leader. The Reliance Industries subsidiary announced that its sales for the quarter that ended March 31 grew by 21% year-over-year, while profits rose 23% from the year earlier, driven by increasing monetization of its user base.

Jio posted 14% growth in its net profit between January and March 2022, the company’s strongest profit growth in five quarters. The company also posted an increase of 11% in its ARPU (average revenue per user), a key metric for measuring a telecom company’s performance. Insider that there were multiple contributing factors to this, including a 21% tariff hike and offloading millions of low-quality and dormant subscribers which had been diluting the company’s ARPU numbers for several quarters.

Despite raising tariffs, Jio’s are still the cheapest amongst rivals Airtel and Vodafone Idea, both of which announced hikes between 20% and 25%. Analysts at JPMorgan expect the benefits from this tariff hike to flow only in the quarter ending June 30.

Last month, EMQQ Global launched INQQ to capitalize on the country’s rapidly growing digital and e-commerce sectors. In a news release announcing INQQ’s launch, EMQQ Global founder Kevin T. Carter said: “India is an extraordinary investment opportunity and a central part of the eCommerce and digitalization growth story in emerging and frontier markets beyond China,” before adding: “India is the third-largest economy and fastest-growing major economy on the globe, and we’re excited to offer investors the first targeted approach to tap into this rapid eCommerce and digitalization story of India.”

Over the next decade, India will have nearly 700 million people born between 1980 and the 2000s enter their peak consumption years, fueling a massive wave of domestic demand. This demand will not be realized through the legacy consumption channels but the new age online economy, which reaches all corners of society, from the way one banks to the way one orders food.